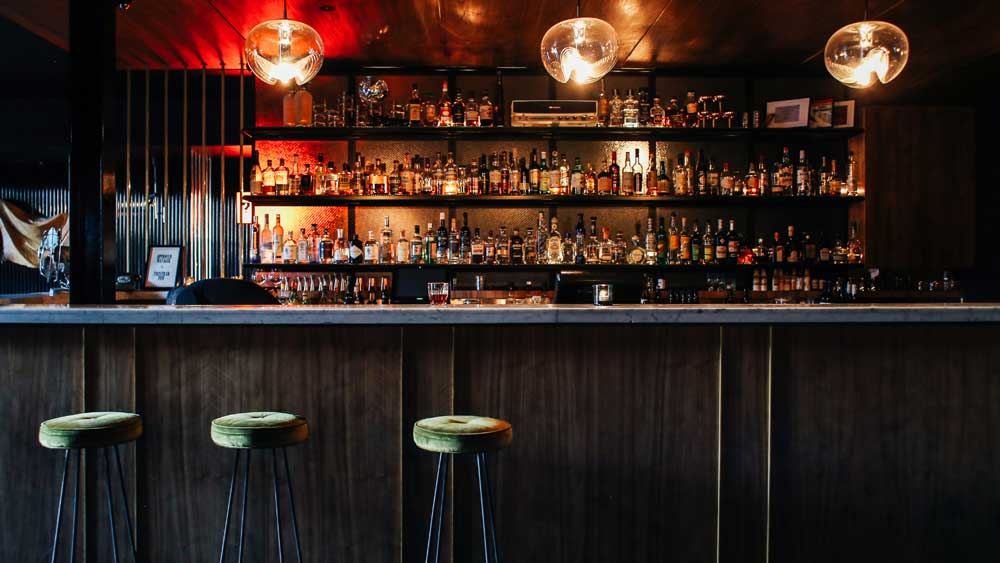 5 Types of Alcohol and What You Should Know About Them

The world of alcohol is a fun, eclectic and exciting place. New beverages are constantly emerging to tingle our taste buds and fuel our enjoyment, created by combining ingredients old and new. While different drinks appear on the market each week, every single one of them is brought into existence with a foundation provided by the timeless classics.

There are five key types of alcohol that form the basis for the cocktails we sip, the alcoholic beverages we consume and the shots we knock back.

In this blog, we’ll explore the fundamental types of alcohol, discuss where they originated, and note they’re used throughout the industry. Perfect chat content for the next time family and friends are over when pouring a glass of your favourite alcohol. If you have any extra insights let us know in the comment section below.

5 Types of Alcohol and What You Need to Know

Sweet, spicy and sensational, rum has been exciting the palates of drinkers since the late 1600s. Originating in the West Indies, this type of alcohol is a distilled liquor made from sugarcane products, usually produced as a byproduct of the sugar manufacturing process. While the lighter-bodied rums are associated with Cuba and Puerto Rico, the darker and fuller-flavoured types stem mostly from Jamaica.

Rum is often associated with life on the ocean, evoking stories of pirates, sailors and sea monsters. These connotations stem back to the American colonies where rum and its originating ingredients were swapped as part of the slave trade. While shocking, rum actually accounted for the value of 85-90% of all traded goods.

Production of the spirit varies, but it’s most commonly made using molasses, the residue that remains once sugar has been crystallized from sugarcane juice.

As a concentrated syrup, molasses is characterised by:

In rum-producing countries, the drink is often enjoyed alone as a straight tipple. Most people however will drink rum mixed alongside popular beverages like cola or ginger beer. Forming the sweet and exotic base of much-loved cocktails like the daiquiri or the mojito, rum is a timeless spirit that continues to reign supreme where popularity is concerned.

One of the most popular types of alcohol on the market and one that dominates many alcohol brands is whiskey. The origin of the spirit has been disputed for generations, with both the Scottish and the Irish hoping to take credit for the delicious tipple.

While we know it undoubtedly originates from Celtic origins, the nation it actually came from is still under investigation. What we do know, however, is how whiskey was first created. According to the late writer Michael Jackson, a family of physicians called the MacVeys translated medical texts from the Arab world. In doing so, they discovered the secrets of distillation and created the first-ever whiskey. Since the doctors served both Ireland and Scotland, the exact origins remain unclear.

Whether it’s consumed on the rocks, in a sweet whiskey sour or deep in the depths of a warming Irish coffee, the spirit remains one of the most popular types of alcoholic beverages on the market.

While Russia is the most well-known nation for bringing vodka into existence, other European countries like Poland and Sweden also had a part to play. Developed as early as the 14th century, vodka is a distilled liquor, created from starches and sugar plants. It can also be made using potatoes, molasses and several other manufacturing byproducts.

Fiery, sharp and tangy, vodka is one of the most popular liquors worldwide for a reason. The early batches of vodka were distilled from grapes in Russia, and the invention is credited to Isadore the Monk. Originally used for medicinal purposes, vodka quickly became one of the most commonly consumed beverages worldwide, generating over 29.6 billion U.S dollars in 2019 alone.

As well as mixing with cola or other sweet and fizzy drinks, some of the more complex creations brought to life using this type of alcohol include:

While spirits make up a large proportion of the alcohol industry, wine is a much-beloved alternative. In 2018 alone, wine sales accounted for £49 billion worth of economic activity in the UK, speaking volumes about its immense popularity and market potential.

Throughout history, wine has been consumed for the intoxicating effects of alcohol. Stemming back to 7000 BC, the ancient tribes from Jiahu in the Yellow River Valley of China made fermented rice, honey and fruit to make wine, and stored it in earthenware jars. Following its creation, wine was frequently consumed across several nations and empires, including ancient Greece and Rome.

The process of creating both red and white wine in the modern day is not so different to the way it was done 6000 years ago. Grapes are still grown, harvested, crushed and fermented, as well as being separated from their skins to form a rich and luxurious juice – better known as wine!

Some popular types of wine include:

Originally developed by monks to function as medicinal tonics, herbal liqueurs are now a popular alternative to traditional spirits. Beginning in Europe and gaining traction all over the world, these beverages are created by combining a selection of popular botanicals, often resulting in sweet, floral and tangy flavours.

One of the things people enjoy most about herbal liqueurs is the unique and natural ingredients that are used to create them. For example, Agwa de Bolivia’s coca leaf liqueur is the only one of its kind in the world, inspired by the flavours of South America. Much like other spirits, herbal liqueurs are brought to life through a process of distillation, this particular example is made from dried and macerated coca leaves.

Kept well in storage and used to spice up a whole host of different cocktails, herbal liqueurs are becoming more and more experimental to produce new and exciting flavours.

So, that’s the end of our blog on the different types of alcohol and all of the key facts you need to know about them. If you’re a global beverage distributor, mixologist or consumer looking to learn more about handcrafted alcohol brands, Babco Europe is the supplier for you. 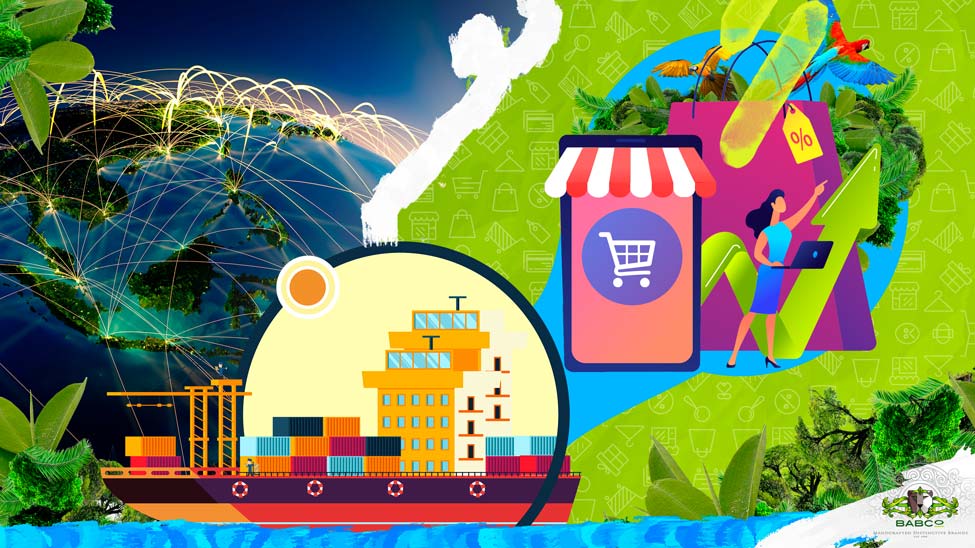 Consumers of the Past and Logistics of the Future: The Direction of Business Online 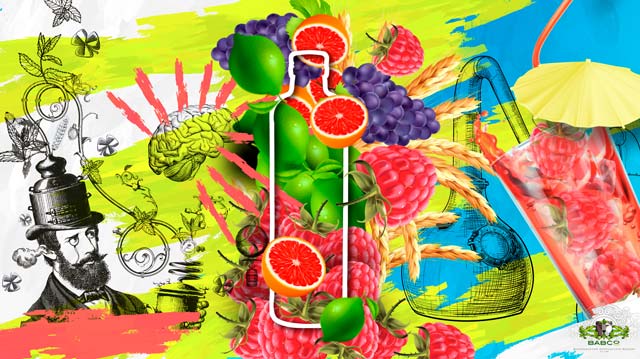 Alcohol Market Innovation: Why Trying Out New Brands Is Important 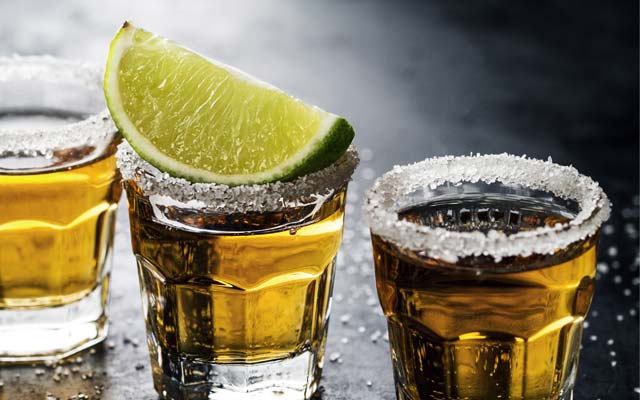